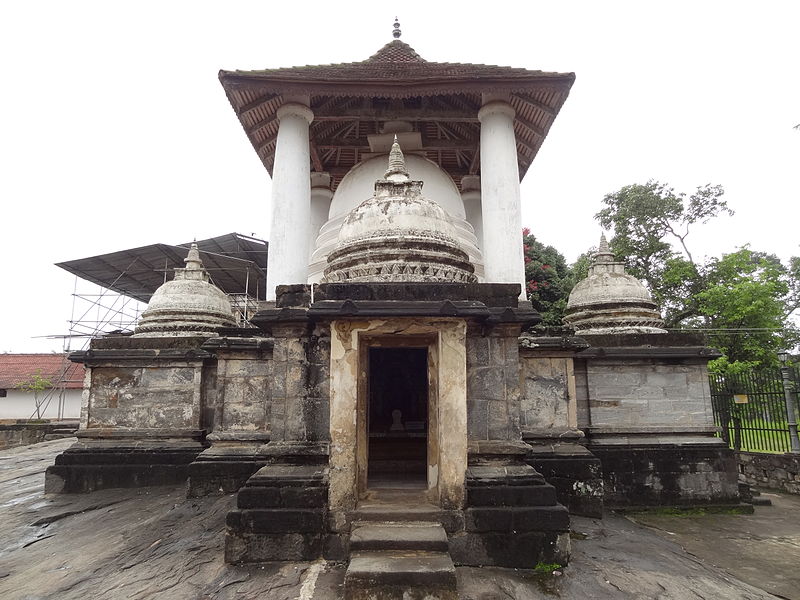 This inscription is cut into the rock at the Gaḍalādeṇiya Vihārē, immediately below the record of the monk Dharmmakīrtti (IN03166), the founder of the vihara. The Gaḍalādeṇiya Vihārē is situated in Pilimathalawa, near Kandy. The present inscription is dated in the eighth year of Sēnāsammata Vikrama Bāhu cakravartti, who was the founder of Kandy as a capital and reigned from 1469 until 1511 A.D. The text promises that no loss of life shall be inflicted on the people of certain provinces named and declares that the heriot or maḷāraya of those who have fallen in warfare or in the elephant hunt shall, in the absence of an heir, be devoted to the restoration of vihārēs in disrepair.