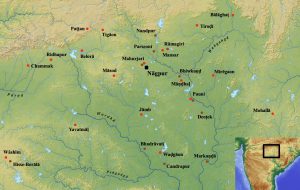 IN00176 Washim Charter of Vindhyasakti II 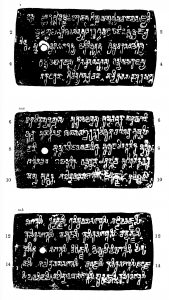 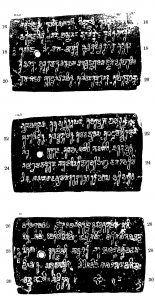 This charter records the donation of the village Ākāsapadda to fourteen Brāhmaṇas by Vindhyaśakti II. The charter records the names of the Brāmaṇas and the share of the village which they were given. According to Shastri 1997: 39, the charter is important in that it proves that Pravarasena I, who ruled as part of the undivided family, had at least four sons who all became kings, which until the discovery of this charter had not been satisfactorily proven.